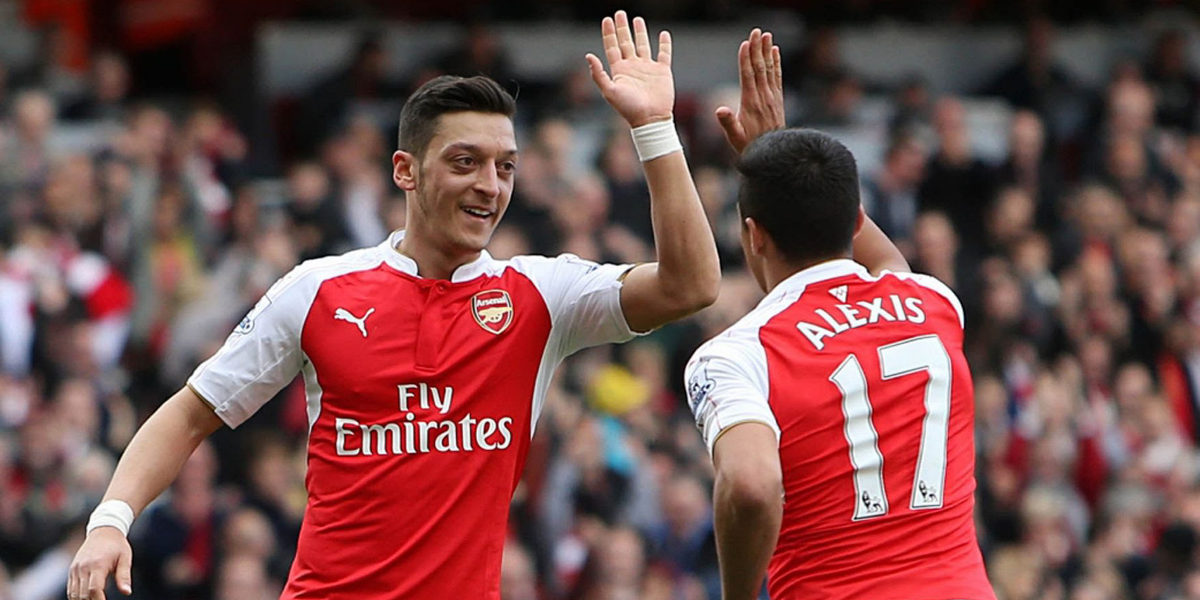 Two biggest Arsenal stars, Mesut Özil and Alexis Sanchez, both have only two years to go on their contract. The club is therefore determined to secure new contracts for two proven performers, and there were attempts to do that before the summer break but the negotiations haven’t been successful. The negotiations will now resume.

Wenger said ahead of Tuesday’s Champions League match in Paris: “Özil and Sanchez, we will start to talk for their extensions.”

Arsenal didn’t make any star signings in the transfer window, bringing in good team players Shkodran Mustafi and Granit Xhaka who will be the backbone of the team in future years, but it’s therefore imperative to tie up the two players who are making the difference on the pitch.

Germany international Mesut Özil signed for the Gunners for a club-record £42.5 million from Real Madrid in 2013, while Chile international Alexis Sanchez joined from Barcelona for around £35m in 2014. Both are contracted to the club until 2018.

While Özil is likely to sign a new contract, Alexis Sanchez reportedly demands a fixed-price buyout clause and a significant pay rise. The Chilean explosive winger also doesn’t react to well to rotation or any kind of rest, and imperatively wants to play every game. All this is making negotiations with the Chilean that much harder, especially since he “reached the level of Messi and Ronaldo” recently by his own words. Sanchez could be a hard nut to crack, and it’s likely he’ll get what he wants – a significantly improved deal with a buyout clause.

Mesut Özil is making £140,000 a week and he could now be handed a deal in the region of £200,000 a week. The quiet and ever reliable German is almost certain to sign a new deal, as opposed to leaving for pastures new, as he found himself at Arsenal.

“I have a contract until 2018”, Özil told Daily Express ten days ago. “We have had discussions, but they were suspended for the European Championship. I wanted to focus at this time only on the national team. Now we look to continue the negotiations.”

A seemingly meaningless thing could play a major part in Özil’s decision. With Jack Wilshere’s departure to Bournemouth, Ozil’s favorite shirt number, 10, is vacant, and Özil would very much like to have it for the new season. “Of course I have previously given those in charge a signal. The number [10] is right for me and my position as a playmaker.”, he told Sport1.

However, Özil is stuck with number 11 until the end of this season. “While he remains with the Club a Player will retain his shirt number throughout the Season for which it was allocated.”, official Premier League handbook states in section M4. Once the official squad numbers are submitted after the transfer deadline, no further changes are possible.

Jack Wilshere himself is due for contract negotiations as his contract expires in 2018, and Wenger escored his injury-plagued midfielder to Bournemouth loan by saying he expects him to eventually resume his career with Arsenal. Kieran Gibbs and Alex Oxlade-Chamberlain are also in the same situation as their deals expire in 2018, but Arsenal have yet to offer the English trio new contracts. Most likely, the club will wait to see whether they’re worth it. Wilshere needs to stay fit and prove himself in Bournemouth, and Oxlade-Chamberlain and Gibbs need to force their way into the Arsenal lineup.

The situation of Per Mertesacker, who is out of contract next summer and currently injured, will also not be reviewed until later into the season.