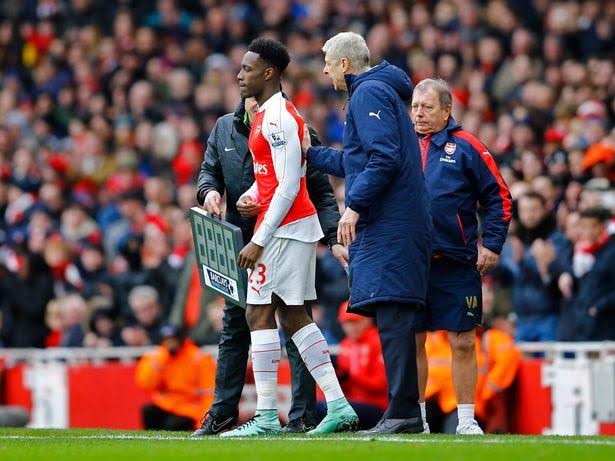 Arsenal manager Arsene Wenger admitted yesterday that he nearly did not select Gunners hero Danny Welbeck for the game against Leicester, and was not thinking of playing the 25-year-old until the FA Cup clash with Hull City next weekend.

Welbeck had been out injured since April 28th and Wenger was reluctant to bring back the Gunners striker too soon, but with a six point match with Leicester City on the table the Frenchman decided to roll the dice and bring him back a week sooner than he had previously wanted.

“Yes, on Friday morning I was not convinced that I would include him in the squad, because I planned to play him next week,” the boss said.

“I was going to give him one more week training, but his last two training sessions were so convincing that I decided to include him.

“It paid off today, and we are all very pleased for him.”

Wenger went on to say that Welbeck’s extra-time winner will have given the team added confidence for the games ahead.

“I think so. We were a bit unlucky in our last two home games, against Chelsea and Southampton, and today we have shown the right attitude again.

“I don’t want to speculate on the impact this has on the other teams, but on our side it strengthens our belief that we have a chance.”