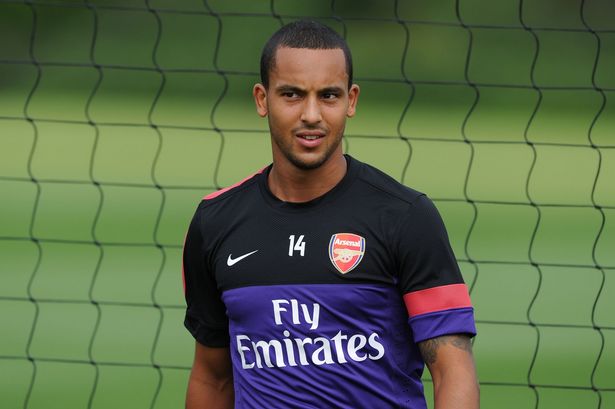 Arsenal manager Arsene Wenger has confirmed that Theo Walcott will be available to play his former club Southampton when they meet at the weekend.

The England international had been out of action for eight weeks following abdominal surgery.

Wenger is hoping that the return of the fast paced Walcott will add another dimension to his team as they look to bounce back from the defeat at Old Trafford before the international break and remain top of the Premiership.

“Theo will be back for Saturday in the squad,” he told the club’s official website.

Wenger went on to say: “Of course you miss a player like Theo Walcott.

“Strikers who get behind the defenders have a very important quality and Theo [Walcott] has that quality.

“Theo had a good start to the season, he scored goals, and he provided chances and had assists.

“He can always give you a different option in the game and that is of course vital.”