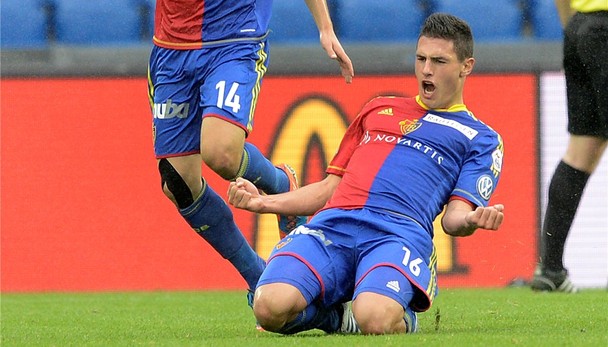 Arsenal have been given a huge boost in their desire to sign 22-year-old Swiss international defender Fabian Schar after the Basel player claimed he was ready to move to either England, Germany or a big Italian club in January.

While being interviewed by Swiss newspaper Blick and carried by the Daily Express Schar said:

“Basel are open to negotiations, but at this moment I have decided that I want to concentrate on my performances.

“I went through a difficult period and it wasn’t the right time to discuss my renewal. I don’t want to be worrying about that now.

“My dream remains to have an experience abroad. I’ve always said that if the opportunity presented itself, I would take it, obviously in agreement with Basel.

“I need a team with important prospects. I’d like the Bundesliga, Premier League or top Italian clubs like Inter, Milan and Juventus. I couldn’t say no.

“I want to hear all my options and consider them carefully. There was some contact in the summer, but nothing serious.”

Arsenal could certainly use some added strength in defence to help their second half of the season campaign and with the young centre back available for only £10 million it would seem like an opportunity the Gunners should not pass up on.