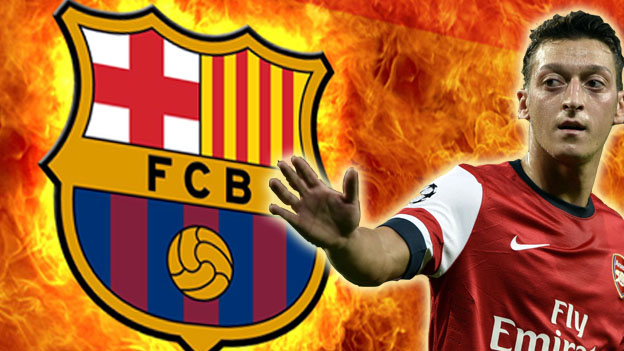 Apparently it was not just us who noticed that Arsenal midfielder Mesut Ozil was nowhere to be seen during last night’s 0-2 defeat to Barcelona at the Emirates.

The German World Cup winner got plenty of stick from the Gunners faithful when he first arrived from Real Madrid for a club record £42 million, but has since silenced his critics with some brilliant displays this season that has him leading the Premier League in assists.

In fairness to the 27-year-old Arsene Wenger’s tactics of foregoing possession in the hope of hitting Barcelona on the counter attack did not play to Ozil’s strengths, but it did highlight how he may just be a one faceted player who finds it difficult to adapt.

Spanish football newspaper AS did not fail to notice the former Real Madrid midfielders performance or lack of it when doing their player ratings after the match, not even bothering to rate Ozil of even having played.

Let’s hope this lack of respect from the Madrid based paper pushed Ozil to show just how good he is in the next leg of the tie, but even the most optimistic of Arsenal supporters know that it is going to be a tough mountain to climb.