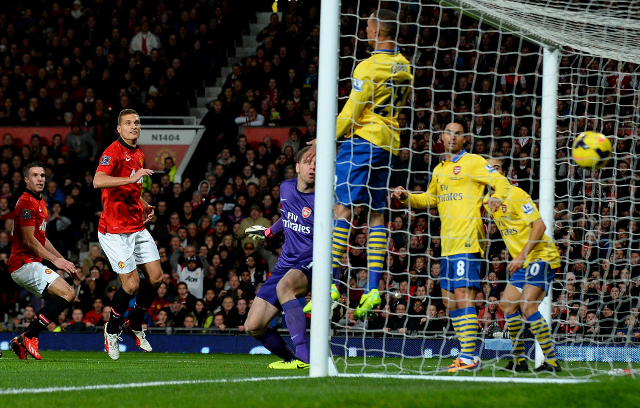 Arsenal fans have plenty of good reasons not to worry too much following their teams 1-0 loss at Old Trafford against Manchester United yesterday, and blame the ref, and the absence of defender Per Mertesacker for the defeat while conceding that David Moyes men are nothing special.

Following the match Arsenal TV roamed the streets of Salford talking to many Arsenal fans about their take on the match who for the most part still remain very positive about their team.

One fan in particular Bully who never misses an Arsenal game was upset with referee Michael Oliver for awarding a corner that should never have been.

Watch the video below and hear Bully’s view of events.