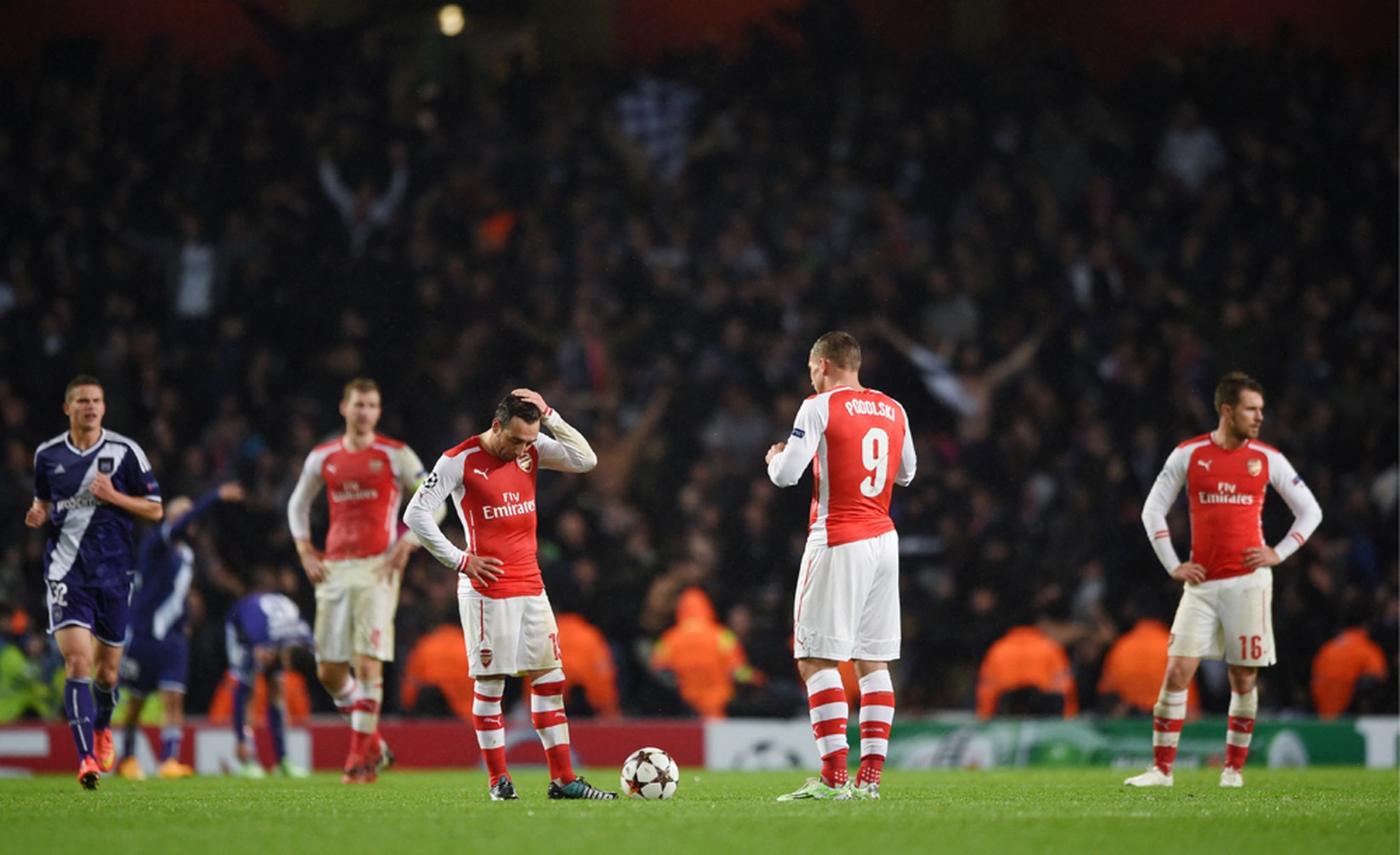 Arsenal fans vented their frustration last night on twitter after watching their club give up at three-goal lead to Anderlecht when a win would have taken them into the knockout stage of the Champions League.

The Gunners were cruising to an easy victory three nil up after Mikel Arteta’s penalty, a beautiful volley from Alexis Sanchez and a 58th minute strike from Alex Oxlade-Chamberlain before the visitors stunned the crowed with three second half goals to grab a share of the points.

Arsenal fans took to Twitter after the match to vent their anger, some of which you can read below.

its my birthday @joedownes4 Follow Arsenal players should have their wages docked, especially Mertesacker and give the money back to the fans who paid £236874689 to go

Chelsea’s Finest @ChelseaBlue_FC Follow If the Arsenal game was a movie and I’m to give it a title I will name it “Arsenal As Always”!

Tom Mutton @tommutton10 Follow Wenger should have left in May. Gone out on a high. So much wrong in this Arsenal squad, same problems over and over.

Are there any Arsenal fans over 50? I’m asking because I’m hoping my heart can go the distance.