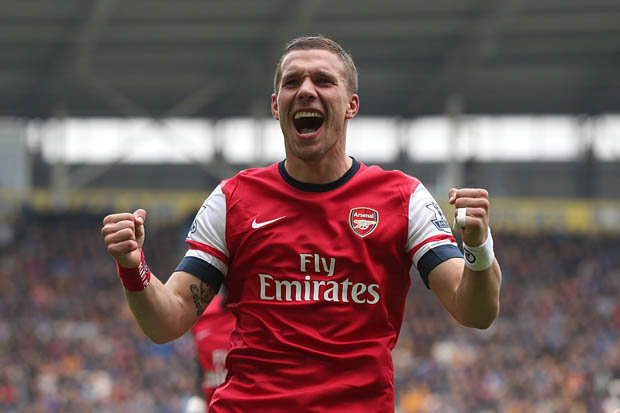 Arsenal will look to bring on board a centre-half during the January transfer window, and boss Arsene Wenger has his mind set on FC Basel defender Fabian Schar.

Basel have said that they want £10 million for the Swiss international, but with the 22-year-olds contract running out in the summer they may have to lower their expectations and except less.

Arsenal are not the only club that is interested in Schar with other top European clubs looking at him, with special interest coming from Italy.

Meanwhile according to the Daily Star Arsene Wenger has said that German international striker Lukas Podolski is not for sale.

The 29-year-old German international has hinted at a move away from the club in search of first team football, but Gunners boss Arsene Wenger has now come out and said he will not leave the Emirates:

“He is not for sale and there is no offer.

“Podolski plays in a position where there is a big competition.

“He came back very late after the World Cup and was not good physically.”