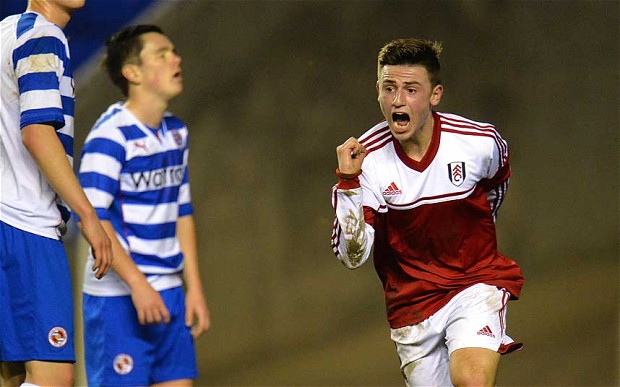 The Daily Telegraph is reporting that Arsenal has entered the race along with Manchester United and Barcelona to sign Patrick Roberts a striker who is being hailed as one of England’s future stars.

Arsenal scouts believe that the 17-year-old striker has the same talent as Theo Walcott and Alex Oxlade-Chamberlin who both joined Arsenal from Southampton as teenagers.

Roberts currently plays for Fulham making his debut for the club against Manchester City last month and came on again at the weekend as a substitute in the Cottagers 3-1 loss to Everton.

“Pat is a very big talent and he will have a great career in front of him, so I think it is good for him to make the experience now in the Premier League, so he will get used to it,” Magath told reporters. “He will be a player that we need in the future.”

Fulham however are struggling in the premiership looking very much like a relegation team, and should that happen they will face a tough task holding on to their gifted youngster.