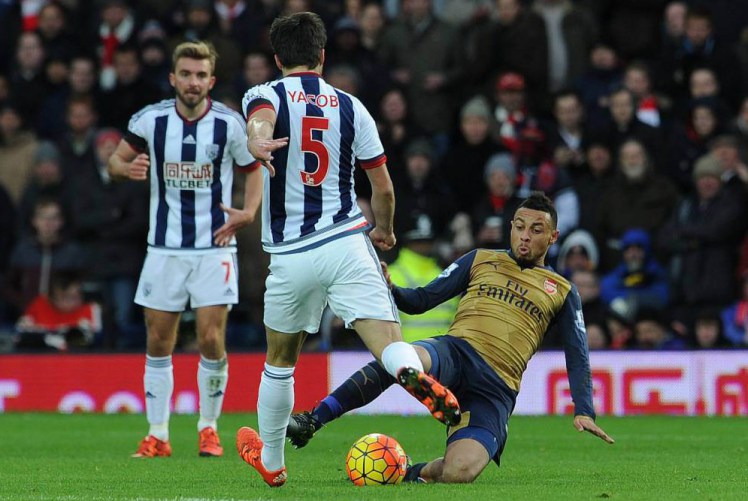 Arsenal defensive midfielder Francis Coquelin is almost certain to be out injured for three months according to L’Equipe journalist Bruno Constant.

The 24-year-old Gunner midfielder suffered a knee injury during the 2-1 loss against West Brom at the Hawthorns on Saturday, when both he and Baggies midfielder Claudio Yacob both went for a 50:50 ball.

Many Arsenal fans had a go at manager Arsene Wenger for not buying a back-up DM over the summer when players such as Morgan Schneiderlin were available, and now it could back to haunt him just when Arsenal appeared to be in with a shot of winning the Premier League title