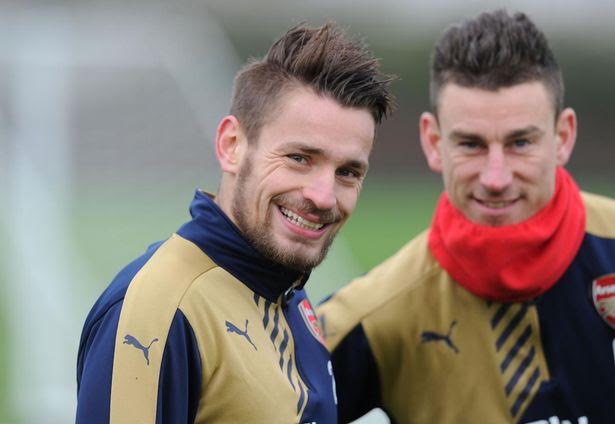 Arsenal want away defender Mathieu Debuchy is having talks with Italian giants AS Roma as he plots his move away from the Emirates.

The 30-year-old French defender has asked Gunners boss Arsene Wenger to be allowed to leave this month in search of regular football after having lost his place to Hector Bellerin in Wenger’s starting XI.

Debuchy is understandably worried that his lack of first team football with Arsenal will have a negative effect on his chances of being included in French national team boss Didier Deschamps Euro 2016 squad, and is looking to remedy the situation by changing club.

While it is assumed Wenger is ready to let the man he signed from Newcastle United back in 2014 for £10 million leave, Wenger is also worried about what might happened should Spanish youngster Hector Bellerin find himself injured.

And while the French boss may be in two minds it look most likely that Debuchy will join Rudi García’s team on loan till the end of the season with if all goes to plan a £8 million permanent move being completed during the summer.