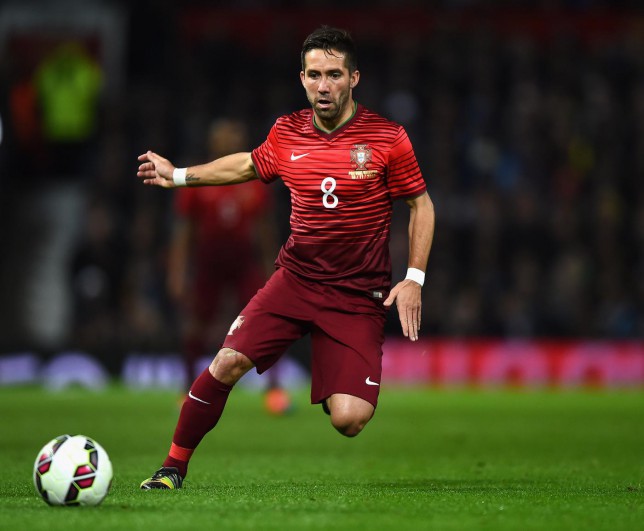 Arsenal have been linked to Monaco and Portuguese midfielder Joao Moutinho. According to report carried by French sports daily L’Equipe ( via metro ), the Portuguese international is unhappy in the principality of Monaco and he is seeking a move away from the club in January. Arsenal, Manchester United and Tottenham Hotspur are said to be amongst the Premier League clubs monitoring the player’s situation. The former FC Porto stalwart, was signed in the summer of 2013 for 25 million euros as part of a combination of huge transfers that took James Rodriguez and Radamel Falcao to the principality. The latter duo have left the club this summer for Real Madrid and Manchester United respectively, although Falcao is on a season long loan with an option to make the deal permanent at the end of the loan.

Despite his big money move last year, feelers from France are that he has largely struggled to recapture the form he showed in his days at Porto. The report claims that he has sounded out to his agent Jorge Mendes to look for a new club for him in the January transfer window. He is expected to be available for around 30 million euros.

However, in spite of his link to Arsenal, he is not a defensive midfielder strictu sensu, and he is more a deep-lying playmaker that contributes at both ends of the field. The question then is does Arsenal need an archetypal defensive midfielder or another deep-lying playmaker which Joao Moutinho is. Mikel Arteta has done some stellar job in that position since he was shifted into that position, but many would point to his age which has brought about a declining pace as a reason he cannot carry on in the position for a long time.

While many would be quick to point out that a Moutinho signing would be an upgrade on Mikel Arteta, the small matter that his agent is Jorge Mendes could have put a spanner to any deal from ever happening.

There have been several claims in the past that Arsenal seldom carries out any transfer deals with Jorge Mendes. And since Moutinho has an association with him, it could put paid to any move.

The 28 year old would not be the physically imposing central midfielder that most Arsenal fans have been crying out for the club to sign. He stands at only 5ft 7in. And for an Arsenal midfielder that already boasts some of the shortest players in the Premier League, bringing in the Portuguese international would only added to that statistics. He has made 13 appearances this season for Monaco with two goals registered to his name. He is currently part of Monaco team that has lost it competitive edge following the departures of some key players previously mentioned in the first paragraph of this article.

With a valuation of 30 million euros and the fact that he would be cup tied in January with Monaco’s participation in the Champions League, coupled with the fact that Arsene Wenger could be reluctant to spend such sum for a player close to his thirties, it remains to be seen what happens with this speculation.