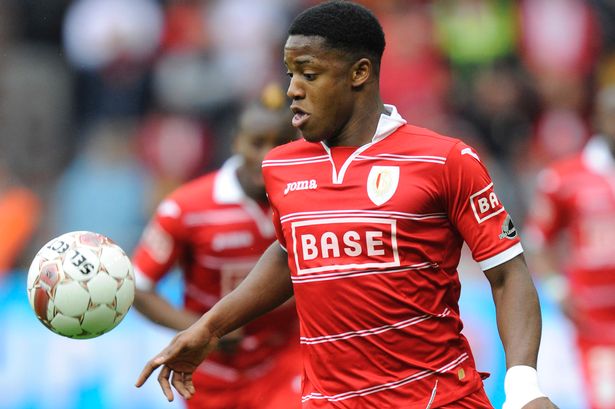 The brunt of the story is supplied by Standard Liege President Roland Duchâtelet, who said:

What is new is the interest of Arsenal, although Arsenal are just one of many clubs who are chasing our striker Michy. Anyway, we are not willing to let go Michy this season.

Gilles Grimandi who is responsible for scouting the Belgium and French leagues for the Gunners was personally watching Batshuayi in September, but since then handfuls of other clubs have been to see the Belgium U-21 striker in action.

The young striker who has scored 12 goals in 17 appearances this season is under contract to Liege until 2017, yet Arsenal believe they can do a deal that will see Batshuayi move to the Emirates somewhere down the line.