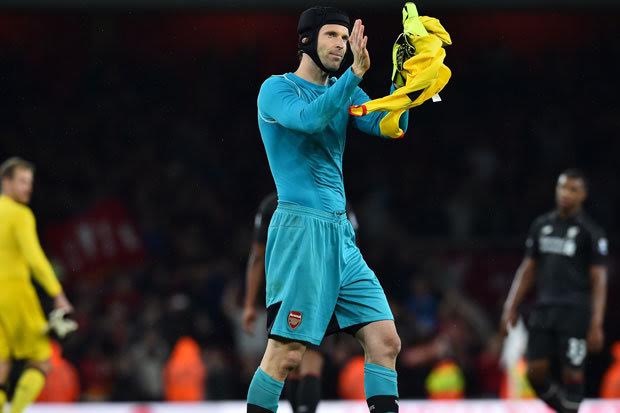 Arsenal goalkeeper Petr Cech certainly proved his worth last night making at least three world-class saves to deny Liverpool a shock win at the Emirates, and despite the match finishing in a 0-0 draw, the 33-year-old shot-stopper still feels that Arsenal has what it takes to win the Premiership.

Following the match Cech was asked if he still thought the Gunners were contenders for the title and said: “I believe. We didn’t have the start we would like to have but I still believe.

“We have a bunch of players with a lot of quality who are hungry to win trophies. I believe this team has the potential to do well.

“There are many things which are positive and that we have to look forward to. I believe this is a strong group and we can put together a run.”

The former Chelsea man admitted that he was partially to blame for the two goal loss to West Ham, but certainly made up for his mistakes last night.

He said: “When you start with your first game at a new club and everything goes wrong you have to go back to work and bounce back.

“This was one of those games where I was in the right place at the right time. It is hard to believe after all the chances in the game that it finished 0-0.

“With Christian Benteke’s effort, Gabriel tried to intercept the ball and I have to wait and get there fast after the shot.

“The positive thing out of this game is the number of chances we created in the second half. We made plenty of errors in the first half.”