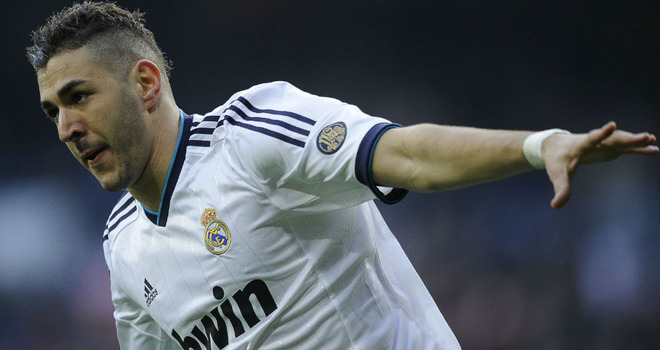 Knowing that he needs an increase in firepower to win the Premiership Arsenal manager Arsene Wenger is keeping track of the situation at the Santiago Bernabéu regarding French international Karim Benzema.

The Gunners boss has been asked to be kept informed of any news regarding the Real Madrid forward with a January move quite possible especially if Los Blanco’s make a move for Liverpool’s Luis Suarez.

The French international still has 18 months remaining on his contract, and despite a poor start with the Madrid club has started to score goals again this past few weeks.

Wenger has always been an admirer of Benzema, and is thought to have good relations with Real Madrid president Florentino Perez following the signing of Mesut Özil in the summer for £42 million.