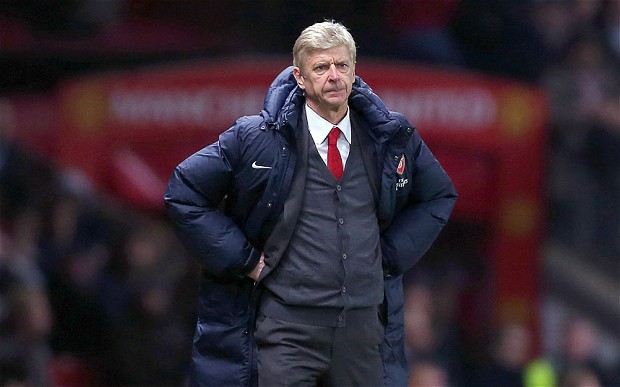 Arsenal manager Arsene Wenger was very disappointed to see his side lose thank to a Wayne Rooney corner and a Robin van Persie header.

“It is difficult to lose the game the way we did,” he told Sky Sports.

“But overall to sum it up – we conceded a goal to a set-piece and in a big game that can make the difference.

“In the first-half we were too nervous and rushed our game too much, and lost too many balls and did not track the ball and on the corner the goal came from one of these balls.

“The second-half we had a real go and played our usual game and we came very, very, very close many times to score, but we have to digest it and come back after the break in a strong way.

“The heart was in the game, the desire was there – maybe a bit too much in the first-half.”

German international Per Mertesacker was missing from the team do to a virus, but Wenger insists that his absence was not the reason United were able to score from a corner.

“You can’t answer that, you will never know,” he said when asked whether Mertesacker would have made a difference.

“Overall I believe [Thomas] Vermaelan (who replaced Mertesacker) had a very good game today and he was told only this morning he was coming in, and for me he led the line very well and he was all right.”

The Arsenal manager admitted that he was surprised that his team had lost from the set-piece.

“Yes, because we have been strong recently on set-pieces and I was surprised that we got caught on the near post,” he said.

“But we have given a lot this week, at Liverpool, Dortmund and today, and I think a draw would have been fair today.”