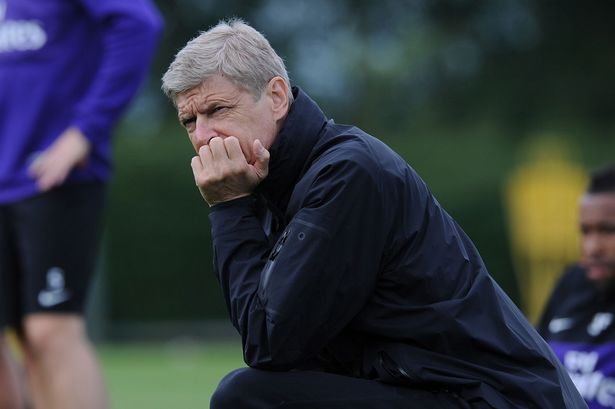 Arsenal manager Arsene Wenger claims that he is taking critics claims that Arsenal cannot win the Premiership in his stride.

It is almost ten years since Arsenal last won the league title, and eight years since their last piece of silverware.

Currently the Gunners are sitting on top of the table four points clear of the second place team, which Wenger points to as an indicator of who might win the league.

“Sometimes I watch them. Sometimes it’s just someone saying their opinion without an argument,” he said, when asked about recent criticism from some media pundits.

“I have enough experience to analyse what we do and how well we play. I don’t need someone else to tell me. I’m not upset by that at all.

“I take anything from anybody. I just try to analyse whether he has a point or not.

“Sometimes it’s just someone saying their opinion without an argument on something that makes sense.

“If it’s something based on hate or love, or just gut feeling then I just say ‘OK, it’s an opinion – he might be right, he might be wrong’.

“Often he doesn’t sustain his opinion by some work he has done to support that argument.

“When I arrived here, people explained I couldn’t win the title as I’m foreign. Everybody has their own logic. I just think you win the title through your quality.

“If we didn’t win for eight years, it’s because we weren’t good enough in the important moments of the season.

“We have a good opportunity to show we’re good enough so let’s take it.”

Wenger went on to say that the club and its players have had no doubts that they would be contenders for the title this season adding:

“What are changing are your minds, not ours. Until now I was never asked about the pressure because it was always thought it was an accident that we are top and it won’t last,” he said.

“Now that it’s lasting a bit longer, people start to think ‘we have to consider them a bit more seriously’.

“So now do we start to think is it pressure for us? No. We just continue to play well and that’s the pressure we have – the desire to play well.

“We want to be where we are. You have a bit less to lose when you chase it, but we have been in both situations.

“What is at stake is how can we bring the quality of our concentration and focus into every game. The more you play the more that is difficult.

“That is why I try to rotate a little bit and keep that freshness in the team.”