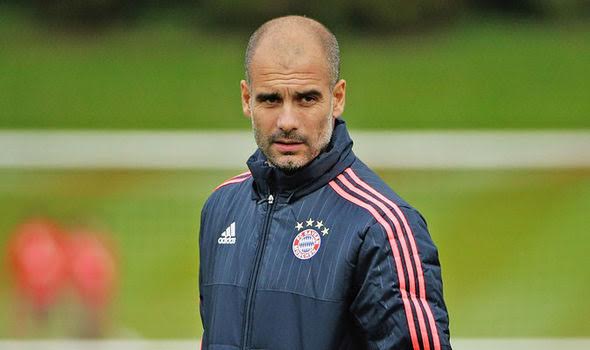 Bayern Munich trainer Pep Guardiola had a dig at Arsenal ahead of tonight’s vital Champions League clash at the Allianz Arena, claiming that the attractive style of football Arsenal plays in the Premiership was thrown out of the window during the Gunners 2-0 over the Bundesliga Champions at the Emirates 15 days ago.

“When you press Per Mertesacker or Laurent Koscielny they don’t want to play,” Guardiola said.

“They play long balls to Olivier Giroud and if they win these balls they can play with Santi Cazorla, with Mesut Ozil, with Alexis Sanchez, with Joel Campbell with all the big, big big players they have.

“Arsenal want to play it’s in their DNA. But they were not able to play because we pressed well, kept good possession and they had to defend.

“But to attack against nine or 10 players inside their own box is not easy.”

Yet despite winning the match 2-0, the statistics point to a very different story when you realize the home team only had 27% of possession, along with 278 passes compared to the Germans 765.

Wenger has now hit back at Guardiola’s comments, saying: “We didn’t only want to defend, but we organised ourselves to defend well in certain situations.

“When Bayern dominate we have to focus. So we changed and played on the counter.

“We had two weapons, on the counter with Theo Walcott and a bit more direct and vertical with Giroud. It worked in the end.”

Wenger also added insult to injury by saying that he could not remember why he never signed Guardiola for Arsenal during the Barcelona player latter career.

“I met him at his home when he was 30-31 and he wanted to play for Arsenal,” said the Frenchman.

“He showed great personality when we talked but I can’t remember why I didn’t sign him and he went to Italy (Brescia).”

A Group F loss tonight would leave Arsenal struggling to make it to the knockout stage.

“Look, a defeat will put us in a very bad position,” Wenger admitted.

“It would diminish our chances to qualify. The best way is not to get in that positions and take points to qualify.

“I don’t think it’s easy to look for a draw. What we want is to play to win.

“When you’re Arsenal and we’ve won everywhere in Europe, even here, so we will try to win the game.

“Is Bayern a great team? Yes, but it’s a good challenge for us.

“We are in a period where we’re doing well and that should convince the players they’re doing something right.

“We have good togetherness and players who stick together when things not doing well.

“We will have uncomfortable moments during the game and that will be good opportunity to show that. In our good periods we want to attack.

“That means when we have to defend, we must do it well and get through these moments and take advantage of the better moments we have.”