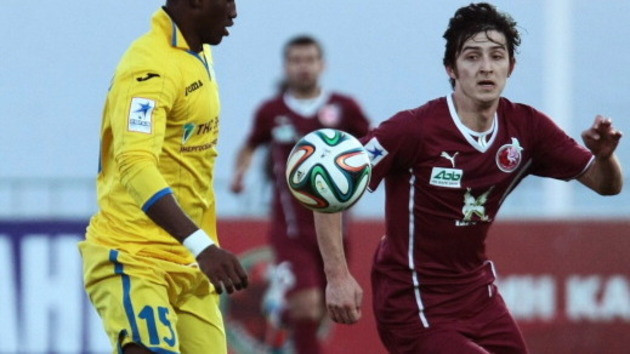 According to reports in the Daily Star Arsenal is set to battle AC Milan for the signature of Rubin Kazan striker Sardar Azmoun.

The 19-year-old Iranian joined the Russian club last January from Sepahan Isfahan F.C. and is now being touted to join either Arsenal or AC Milan for around £2 million.

When talking about the opportunity to play in one of Europe’s top leagues Azmoun said:

“There already are solid offers coming from both Arsenal and AC Milan.

“Both their representatives are about to meet Rubin Kazan management next Thursday.

“I’m really happy for such clubs being interested in signing me, and playing in Premier League would be a dream coming true.

“But now I’m just focused on the remaining part of Russian championship.”

Since arriving in Russia Azmoun has scored three times in ten appearences with his most recent goal against Zenit St Petersburg this April.