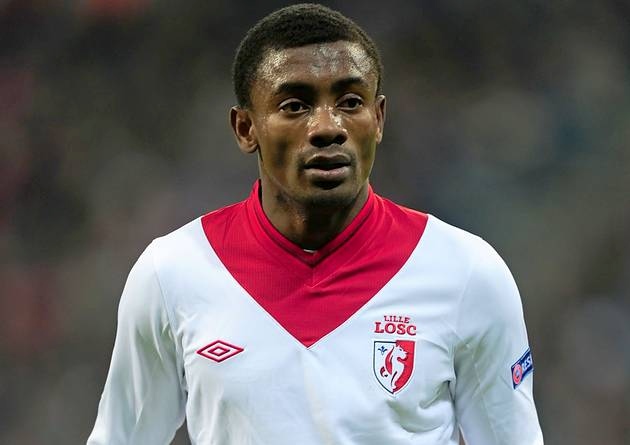 Lille Striker Salomon Kalou is once again being linked with a move to Arsenal after an interview on Sunday with the BBC World Service in which he said that he would love to return to the Premiership where he played for Chelsea for six years before moving to France and joining Lille on a free transfer in 2012.

“There has been a lot of talking about me going back to England. I had an amazing time with Chelsea and I always keep that good memory with me.

“If I have the chance to go back, I would love to, because it’s the most exciting league in the world so I would like to try it again.

“Whatever team comes for me after the World Cup, I can decide where I can develop as a player, where I can have an impact, because it’s important to go to a team who suit me and who give me the opportunity to excel.”