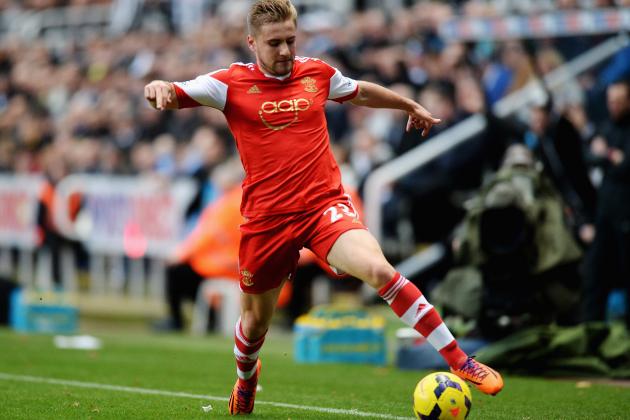 Arsenal is carefully monitoring the recovery of Southampton front man Jay Rodriguez following a recent knee injury that will force him to miss the World Cup.

The Daily Star is reporting that the Gunners have upped their interest in the 24-year-old by making enquiries into the seriousness of his injury and when he is expected to be back in training.

After seeing a specialist on Monday night it now appears that the striker will be out for six months, even though he hopes to have recovered a month earlier than suggested and expects no further complications.

Before the injury Rodriguez had scored 17 goals for Southampton putting himself on Arsenal as well as Liverpool’s radar.

The Saints however do not want to see him leave and are thought to be preparing a new five-year contract to tie him to the club.