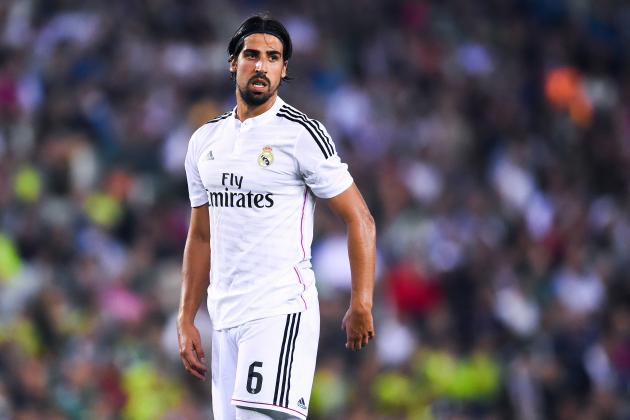 Arsenal could be in a losing battle to sign Real Madrid defensive midfielder Sami Khedira when he leaves the Spanish giants as a free agent this summer.

Arsene Wenger is known to be in the market for a defensive midfielder with Southampton’s Morgan Schneiderlin constantly being linked with a move to the Emirates.

And while the Frenchman would probably cost around £25 million with a wage of £100,000 per-week, Khedira would demand a signing bonus plus the £120,000 per-week he currently earns with Madrid.

If we were to choose how this would play out, we think Wenger should go for the lower wage Frenchman who has already proved himself in the Premiership and allow the German to return to the Bundesliga and play for Schalke who obviously want him judging by what Schalke general manager Horst Heldt said:

“I would prefer us to conduct our business in private, but it is true that we want Khedira for the coming season. However, we are not the only club who wants him.”