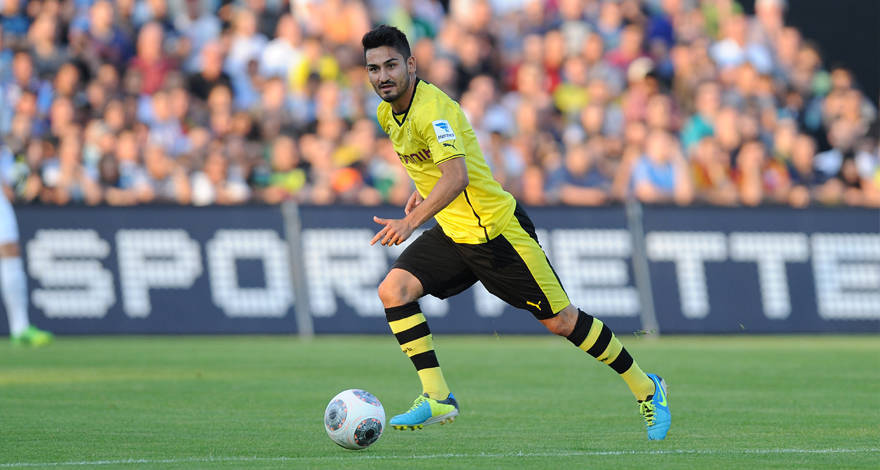 Arsenal and Manchester United have both been given a huge sign of hope in their quest of signing Borussia Dortmund’s Ilkay Gundogan after the North Rhine Westphalia club announced he would not be signing another contract with them.

After having been linked to the Premiership duo these past few weeks the 24-year-old stalled on signing a new contract at the Signal Iduna Park, and it would now appear almost certain that he will change clubs this summer.

With several European clubs interested in Gundogan the Bundesliga side wanted to clarify the situation and make it known that the midfielder would not be renewing his contact with Dortmund.

‘Borussia Dortmund and midfielder Ilkay Gundogan will not collaborate any further longer than June 30, 2016,’ a statement released by the club read.

‘Gundogan has decided not to renew his contract, valid until that time with eight-time German champions.’

Gundogan has only managed to score three goals this season after spending a lengthy period out with a back injury.