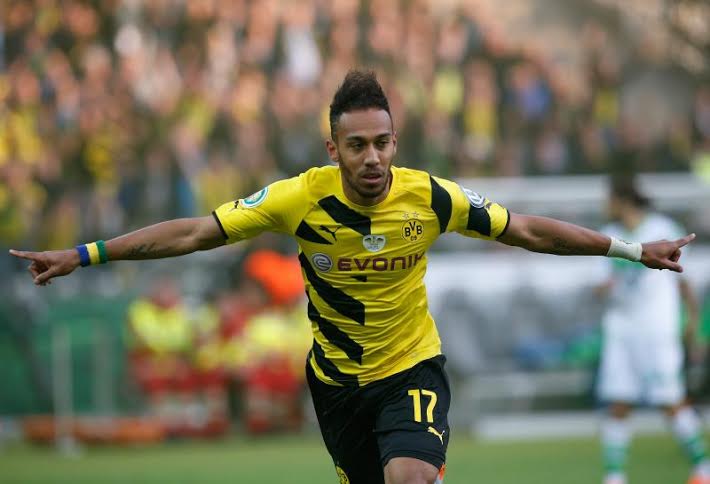 This season we have witnessed Arsenal and Manchester United transfer target Pierre-Emerick Aubameyang take his game to the next level at Borussia Dortmund, setting the Bundesliga on fire with 30 goal in just 32 games for the North Rhine Westphalia club.

These exploits have not only been noticed by the Premier League big boys, but also by Real Madrid and Barcelona as well, who all are being touted as possible destinations for the Gabonese international.

While speaking to French sports publication L’Equipe last weekend Aubameyang was not shy talking about his future letting everyone know that his team of choice would be Real Madrid, as it was a promise he had made to his late grandfather that he would play for the Spanish giants one day.

This of course will not be good news for Dortmund fans, but at least the 26-year-old is not giving them false hope that he can be convinced to stay at the Westfalenstadion.

“My childhood dream was to play for Real Madrid. I promised my grandfather, who was from Avila some 110 kilometres away from Madrid, that I would play there. I realize that it will not be easy, but is always in the back of my mind.”

“I watched a lot of Hugo Sanchez videos when I was still a child. The somersault I sometimes do to celebrate a goal is a homage to him. Playing for Real Madrid, or even another big Spanish club, would also be a great gift for my mother.”