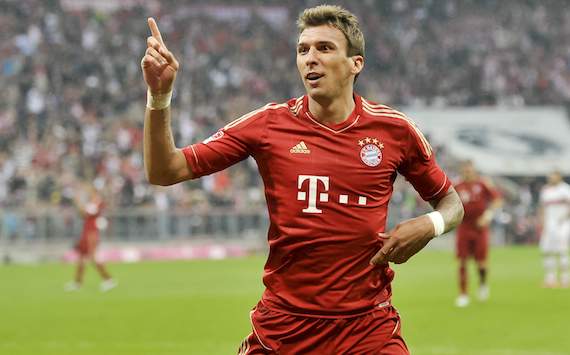 Bayern Munich sporting director Matthias Sammer has underlined just how important the Croatian striker is to the team and has ruled out a summer move to the English Premiership.

The future of the 27-year-old striker was up in the air following the announcement that Borussia Dortmund striker Robert Lewandowski was joining the Bundesliga champions alerting Arsenal and Chelsea to the fact that Mandzukic could be surplus to requirements at the Allianz Arena.

Now however all talk of Mandzukic leaving has been shelved by Sammer when he said:

“Nobody even has to bother making an approach for Mandzukic, “he told Sky90.

“He is incredibly important to Bayern. I always affectionately say that he plays like an animal.

“It is simply amazing how much work he does for the team and how much running he does during a game.

“They always try to provoke him because he really hurts his opponents with his work-rate.”

So far this season Mandzukic has netted 17 goals in 28 Bundesliga appearances for the Bavarians.