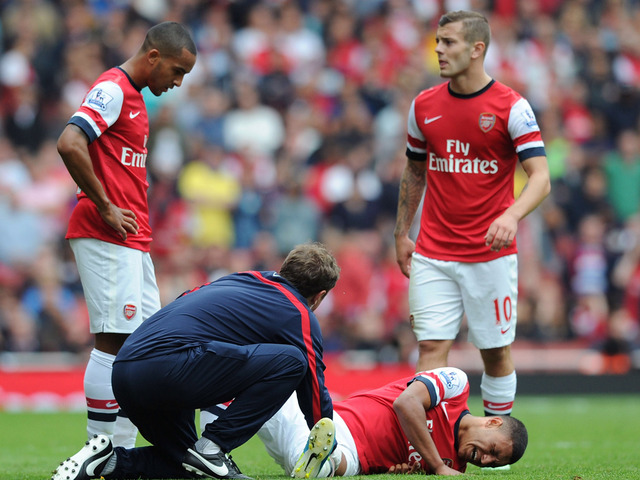 As Arsenal sit perched on top of the Barclay’s Premier League, and with England heading to the World Cup finals in Brazil next summer the news that the Arsenal winger’s injury is more serious  than expected could not have come at a worse time for the Ox.

After receiving the injury in the first game of the season against Aston Villa, manager Arsene Wenger had said he should be back in the squad fully recovered from the injury by December.

David Kidd is reporting in today’s Sunday People newspaper that the Arsenal youngster will not be back in the team until 2014.

Kidd: “Oxlade-Chamberlain, 20, has now been told he cannot start training again until mid-December, meaning no comeback is likely until well into 2014.”

Oxlade-Chamberlain has also slipped down the England ranks in Roy Hodgson’s team with his place being taken by Tottenham’s Andros Townsend.

There are also doubts about how much playing time he will get with Arsenal when he returns with the news that Theo Walcott and Lucas Podolski will return to first team training this week, and with a midfield that is getting the job done Wenger will be in no hurry to change things.