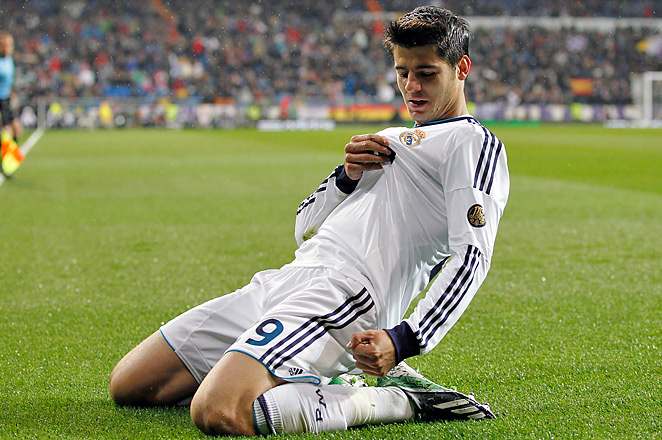 In what could be the answer to Arsenals worry about only having Oliver Giroud up front, and Arsene Wengers reluctance to spend big in January, the Gunners have agreed to sign Real Madrid striker Alvaro Morata on loan for six months.

Morata is a top striker in Spain yet playing in a club that has Ronaldo, Bale, Benzema and Angel Di Maria it is hard for the youngster to get a start.

The 21-year-old has made only one start for los Blancos in La Liga this season, and s desperate for first team football in order to boost his chances of getting into Spain’s squad for next Summers World Cup in Brazil.

Morata was the winner of the Golden Boot award in this Summers European U-21 Championship’s that were held in Israel yet finds it near impossible to get a start for Real Madrid despite coming off the bench nine times to score two goals.

The loan deal for Morata would be a big coup for Wenger after Real Madrid refused to let him join Spurs as part of the deal that saw Gareth Bale move to Madrid.