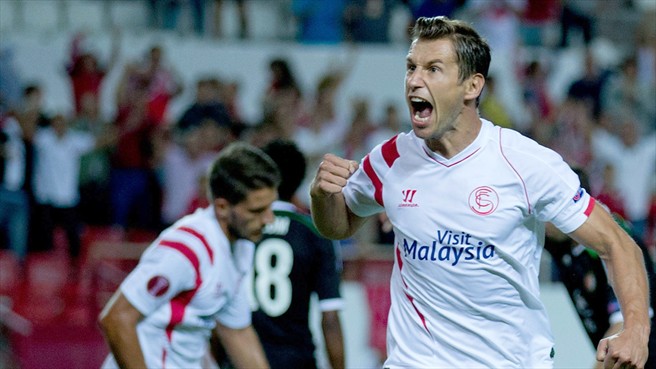 Arsenal manager Arsene Wenger at last appears to be making moves following the transfer of Petr Cech, with the Independent claiming that they have agreed to meet La Liga side Sevilla’s price of £21.2 million for Polish international defensive midfielder Grzegorz Krychowiak.

The Gunners are desperate to improve their defensively minded midfield options with a more physically imposing player, and with the 25-year-old ticking all the boxes with his fine performances since moving to Spain in 2014 Arsenal thinks they have found the right man.