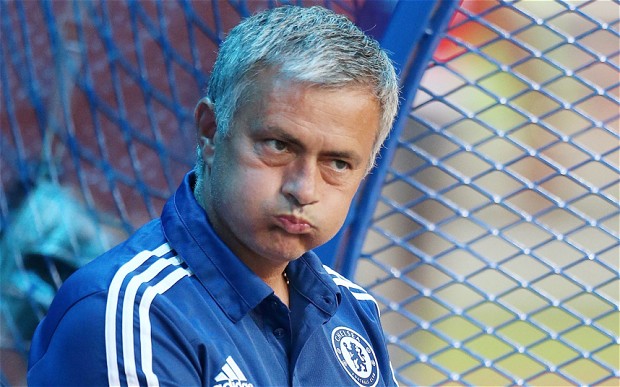 Former footballer and now sports broadcaster Andy Gray has said that Jose Mourinho must find an answer for Chelsea’s lack of goals so far this season, and that he needs to solve it quickly.

So far Chelsea has only managed to find the back of the net six times, and have failed to score in two of their last three Premiership games.

The Portuguese manager cannot make up his mind on who should lead the attack between Fernando Torres, Samuel Eto’o or Demba Ba and this is going to be another problem for him when they take on Tottenham at White Hart Lane on Saturday

Gray told the Alan Brazil Sports Breakfast: “It’s anybody’s guess who he’ll play up front. It looks to be Eto’o who’s getting the nod at the moment, and yes he’s got good movement, works hard and gets about the pitch, but getting goals is a problem and what happened against Basel [when Chelsea dominated but lost] will happen again. He has to find the answer quickly.”

The Chelsea boss will find himself up against his old protégé this weekend in Spurs manager Andres Villas-Boas and Gray says it is the Chelsea boss who will be the most worried.

“Every time we see Spurs take on another big team, home or away, we learn something about AVB’s squad and the team he’s put together,” he added.

“I’ve been nothing but impressed so far. Of the two coaches we thought it would be Villas-Boas having trouble [having lost Gareth Bale], but it’s the opposite.

“We all thought Mourinho would settle quickly and all would be fine. But it’s been far from that. It’s been very disappointing and far from convincing. It’s big a test for Jose, it really is.”