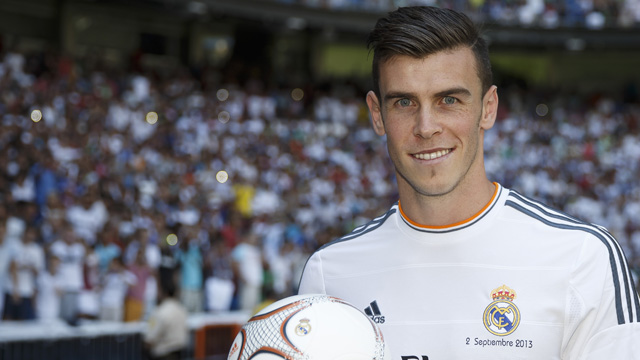 Real Madrid’s Italian manager Carlo Ancelotti has no concerns over Cristiano Ronaldo and new signing Gareth Bale playing together, and says that the pair will complement each other while also saying that he thrives on being in charge of one of the world’s biggest clubs.

People have been raising concerns over how Bale and Ronaldo will both fit into the team given that they both play a similar style of football.

Ancelotti though is not worried with a plan already in his mind to bring out the best in the world’s two most expensive players, and says that Ronaldo will not be used in a more central role as many people had surmised.

“No [Ronaldo will not be used as a striker], I think we’ll be working out a system which will bring out the best characteristics of both players,” the 54-year-old said when speaking to Uefa.com.

“You need to field the top players where they feel comfortable. Everything is going really well. Real Madrid is a massive club and it is well organised.

“I’m in no doubt at all that it will all work out well for him [Bale]. There’s been no problem at all in adapting. The team has changed a little since I came in.

“He’s a great player and he’s young. He wanted nothing more than to come here and play for Real Madrid and I’m sure he’ll do well.”

When talking about the pressures of being at such a big club Ancelotti said: “It’s normal for a coach. There is a great deal of pressure at Real Madrid and Paris Saint-Germain,” he continued.

“There is pressure within both of those teams to reach objectives and you don’t always reach them. After so many years of experience, in the end you grow used to the pressure.”