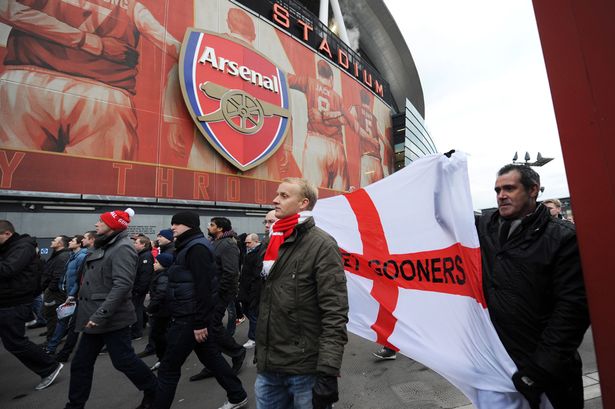 According to a survey released on Friday and printed in the Daily Mail after a poll was taken of 8,100 Arsenal supporters nearly half of them thought that Arsene Wenger should not sign a new contract if the Gunners failed to win the FA Cup and finish anywhere below fourth in the Barclays Premier League.

The poll points to the fact that while he might still remain a strong support from half of those polled it is obvious that there is a spilt amongst the fans as to whether or not they want to see Wenger at the Emirates for another season.

Regardless of what the fans may think Stan Kroenke and the rest of the board are 100% behind Wenger and will be urging him to sign a new contract no matter who the season finishes for the Gunners.

The survey was organised by one of Arsenals biggest supporter groups the Black Scarf Movement (BSM) and it posed four questions.

More the two third of those polled wanted Wenger to stay if Arsenal won the FA Cup and finished in the top-four, while one third thought it was time for him to go no matter the results.

Just over half of all fans thought he should stay on as manager even if he failed to win the FA Cup and secure Champions League football.

The only other question asked was how fans felt about a 3% rise in ticket prices for next season which almost all supporters were unanimously against.