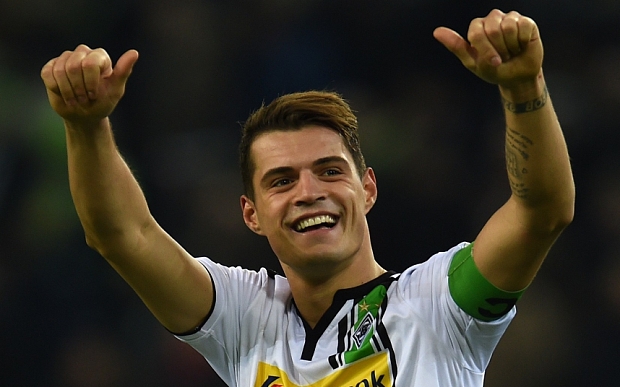 While manager Arsene Wenger approach to the transfer market is like dipping your foot in the water to see how cold it is before you jump in, surly given the Gunners fortunes this season the board will be putting pressure on the 66-year-old Frenchman to start spending some of the millions the club has salted away since paying off the new stadium.

With that in mind here is all the latest talk surrounding players being linked with a summer move to the Emirates.

According to the latest talk Arsenal are willing to pay the Swiss international £120,000 per-week to move to North London from Germany.

Wenger has reportedly met with the Borussia Mönchengladbach midfielder’s agent and talked about a summer transfer for the 23-year-old.

The recent new surrounding the young German is that he is fed up of not being a regular in Pep Guargiola’s Bayern Munich and has talked with his former Dortmund boss Jürgen Klopp about a move to Liverpool.

Arsenal meanwhile are huge admirers of the German international, and should he decide he wants to leave the Allianz Arena would battle Liverpool for his signature.

Not a player coming in, but one who is looking to leave Arsenal in search of more playing time. The England international has fallen behind Spaniard Nacho Monreal in the pecking order and now looks set to move on.

With this apparently already having been talked about the Gunners have a replacement lined-up in the form of 22-year-old Portuguese international Raphael Guerreiro.