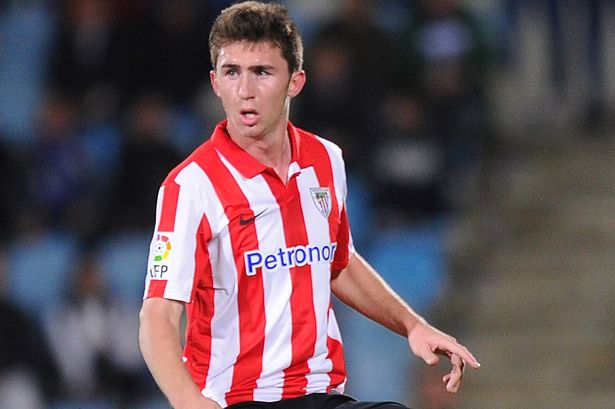 Manchester United have reportedly contacted Athletic Bilbao centre-half Aymeric Laporte in their bid to get the French youngster to move to Old Trafford next summer.

The 21-year-old is continuing to be linked with a move to the Theatre of Dreams despite not knowing who will be the clubs manager next season according to Barcelona based newspaper Sport.

The paper claims that no matter who is sitting behind the manager’s desk next season he will be eager to bolster the Red Devils back line following a season that has been plagued by injuries.

Since breaking through to Bilbao’s first team in 2012 the U-21 France international has made more than 100 La Liga appearances.

Other Manchester United transfer news revolves around Fulham youngster Emerson Hyndman, with football website HITC via the Daily Mirror claiming the highly-rated 19-year-old is on the radar of the bosses at Old Trafford.

The United States international midfielder is looked upon as not only an up and coming talent, but would be a big marketing tool for the Red Devils in North America, which is why they will go all out to beat competition from Tottenham, West Ham, Bayern Munich, Borussia Dortmund and Wolfsburg to bring the Cottagers star to the North West.