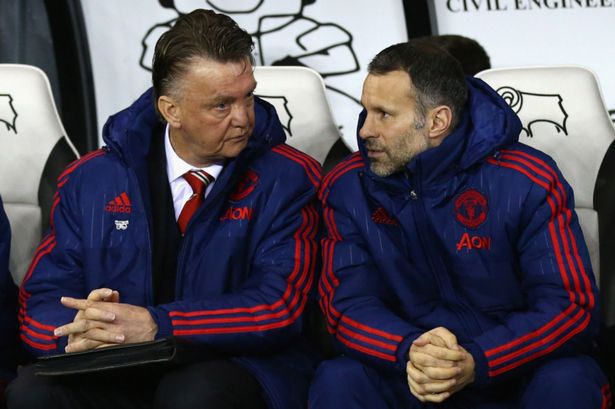 Not a single day seems to go by lately without talk of Jose Mourinho taking over from Louis van Gaal at Manchester United, and while the Portuguese manager is still waiting in the wings, the Daily Express citing Spanish news outlet AS Diario claims that the former Chelsea boss ordered Manchester United scouts to attend Benfica’s clash with Porto last Friday night in order to watch 18-year-old Renato Sanches.

As Louis van Gaal fights to keep his job at Old Trafford, assistant manager Ryan Giggs is reluctant to have another go as interim manager and would probably leave the club should the job be offered to Jose Mourinho according to the Daily Mirror.

Giggs was put in charge following the dismissal of David Moyes in 2014 after the former Everton man failed miserably at Old Trafford while trying to fill the big shoes left by the retiring Sir Alex Ferguson.

Giggs is a United legend, having been with the club since the age of 14, which puts United’s board in a dilemma knowing that if they appoint Mourinho they risk losing not only losing a player who is not only synonymous with the club, but also a huge fan favourite at Old Trafford.

The only way we can see keeping Giggs at United if the board does intend to hire Mourinho is to work out a way that would allow Giggs to take over at the end of the Portuguese manager’s contract.

Somehow we cannot see Giggs wanting to be Jose Mourinho’s assistant, so perhaps United can use the Welshman in another role similar to what Florentino Perez did at Real Madrid when he put Zinedine Zidane in charge of the clubs B team before promoting him to the top job after firing Carlo Ancelotti.

All the choices are tough here, so we will just have to wait and see how things pan out.

Onto the clubs transfer policy and the major overhaul which could take place deciding which players to sign.

Since the departure of Sir Alex Ferguson David Moyes spent nearly £70 million during his short time in charge only to be followed by Louis van Gaal’s massive £250 million spending spree since taking over in the summer of 2014.

Of LGV’s most noticeable signings Angel Di Maria was a season later sold to Paris Saint-Germain for a loss while big signings Memphis Depay and Marcos Rojo have both failed to make an impact at the club.

Now according to British daily tabloid The Sun, club owners the Glazer family are in talks with executive vice chairman Ed Woodward with regards to implementing changes to the clubs transfer policy.

And finally we try to put to bed the talk of Cristiano Ronaldo’s claim that he did not talk to Rio Ferdinand during the clubs 2008 Champions League winning season.

Ahead of Real Madrid’s Champions League last 16 clash with Roma the Portuguese winger compared his relationship with the clubs other three forwards, to a similar situation he had at Old Trafford.

“At Manchester United I won the Champions League and I didn’t speak with [Rio] Ferdinand, [Ryan] Giggs or [Paul] Scholes. We said hello to each other and that was it.”

When Ferdinand was asked about this last night while commenting on the PSG, Chelsea match for BT Sport the former Red Devil defender said: “He’s gone off on me!”

“He used to live next door to me. Unbelievable.”