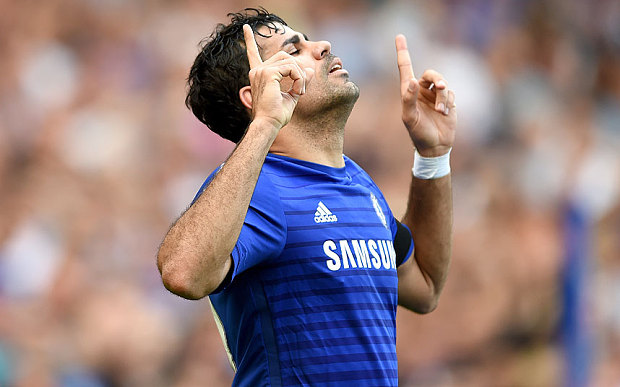 The PFA’s player of the year award is regarded by players as the biggest domestic award obtainable in the game of football, largely because their fellow professionals are the ones who vote the eventual winner.

The award is specifically designated for the most outstanding player throughout the season.

We will now take a closer look at six individuals, we feel will be in the running for this award, come season’s end.

The Argentinean is the current leading goal scorer in the league with 12 goals. The Manchester City forward scored his 64th goal for the Champions in their clash with London side QPR.

The former Atletico Madrid man has the best goal per minute ratio in Premier League history, shrugging aside the Legendary Thierry Henry, scoring 62 premier League goals in 6783 minutes. This of course is not to be confused with number of goals scored, as it is basically a calculation for how frequently the goals were scored.

If the 26 year old keeps up this form and is free of injuries, he would definitely be in pole position to clinch the coveted award at the end of this season’s campaign.

The Spaniard shocked many with how quickly he acclimatized to English Premier League, which usually took most foreign players a while to settle into. The Chelsea center forward has scored an impressive 10 goals in just 9 appearances.

A lot will depend on how the combative striker sustains this form going into the tail end of the season.

Muscle injuries have always been a problem for Costa and at the end of the day; he might not get enough goals to be the highest goal scorer in the league, owing to the carefulness with which he is played by the Blues boss. He rarely sees the end of matches and is rested for the games that Chelsea seem favorite to win.

Di Maria’s competitiveness and hard work is sure to put him amongst the contenders this year. The former Benfica man, although currently posting reasonably decent numbers, can only get better.

The left winger has scored 3 goals and assisted 5 for his teammates this season and expected to continue posting impressive numbers throughout the season.

The 27year old has been in such amazing form that pundits seem to be tipping him to best Thierry Henry’s record of 20 assists in one season.

With 9 assists in 11 games so far, the midfielder is well beyond schedule and is currently one of 2 major reasons the Blues sit 8 points clear at the top of the table.

Surely a record breaking title winning season will see the Spaniard amongst those in contention for the award.

Sanchez like Diego Costa is playing in his first season at England and his 8 goals and 2 assists are what have kept the Gunners from plunging into the relegation zone.

In an experiment, Statisticians took away Sanchez’s goals and assists and found that without his input, Arsenal would have been 17th on the Log.

If the Chilean can keep carrying the London club throughout the season, he would undoubtedly be one of the top contenders for the prestigious award.

With Chelsea sitting at the top of the table with such a commanding lead, it is no wonder that Hazard is the 3rd Chelsea player on our list.

He has become the focal point of the Blues attack and has single handily decided crucial matches in their favor.

The Belgian also posts respectable stats, in that he has scored thrice and assisted once in the League. He will surely be picked to via for this honor if the London side were to lift the League trophy.