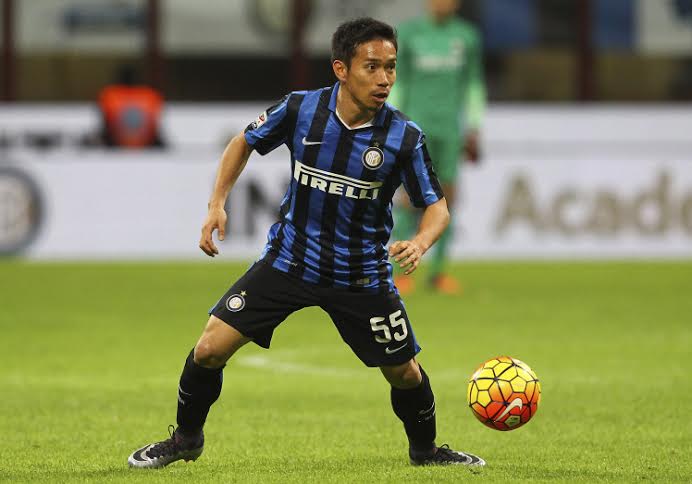 With both Liverpool and Manchester United expected to spend big next summer, one man of interest to both clubs is Inter Milan full-back Yuto Nagatomo.

The 29-year-old defenders agent Federico Pastorello told fcinter1908.it that he had received offers from English clubs for the Japanese international, whose contract is up for renewal at the end of the season, but added he “wants to stay in Italy, more precisely with Inter.”

“We don’t have any meetings scheduled and there is no news right now, but I think there will be something very soon,” Pastorello added.

Nagatomo is expected to be offered a new three-year deal at the San Siro according to Il Corriere dello Sport, which names Liverpool and Manchester United as the teams he has turned down to join in England.

The player told Inter Channel earlier this month that he had rejected an offer from the Red Devils since he has his heart sat on staying in Italy playing for Inter Milan.

“I like everything about Inter and I want to stay here,” he said “It’s my desire to remain here, which is why I turned down Manchester United. I have a great relationship with [Inter coach Roberto] Mancini.”

Nagatomo joined the Serie A giants from Cesena in 2011 and has made 167 appearances for the club and while spending much of the first half of the season on the bench has become a starter in Roberto Mancini’s line-up.