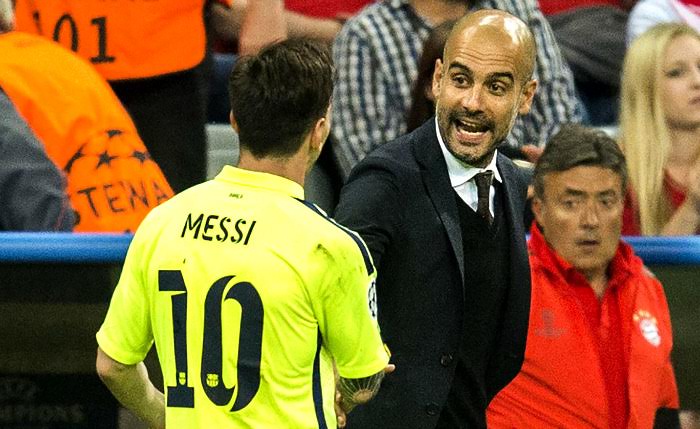 Manchester United kit sponsor Adidas is pushing for the Old Trafford bosses to install current Bayern Munich trainer Pep Guardiola as their next manager when he leaves the Allianz Arena next summer.

The move is a two part ploy by the German sportswear giants who think that by bringing Guardiola to Old Trafford that the Catalan manager can then convince Messi to join him at the Theatre of Dreams.

Adidas signed a huge £750 million deal with United last summer to become the clubs kit sponsor for the next ten years and according to Metro are prepared to help financially in putting the deals together.

Both stars are already sponsored by Adidas, so it makes sense that they would like to see the pair at Old Trafford, and while getting Guardiola on board may be easy convincing Messi to leave the club where he grew up could be a whole different kettle of fish.