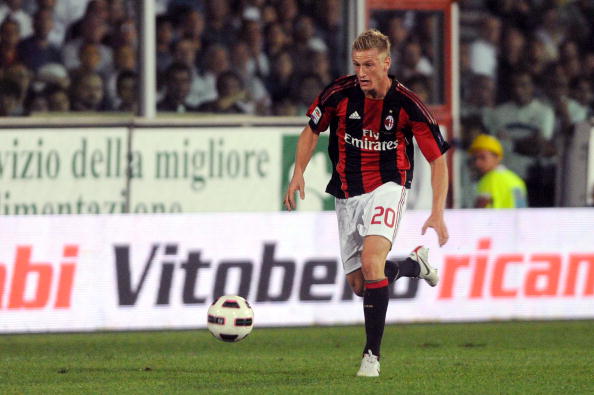 Newcastle United will face a tough task trying to hold onto Italian defender Davide Santon as the San Siro giants know they will probably lose Ignazio Abate to Arsenal who are looking for a replacement for Bacary Sagna.

Paris Saint-Germain are also said to be interested in Abate, who is friends with top striker Zlatan Ibrahimovic as well as sharing the same agent as the Swedish international.

Despite the Paris link Arsenal are certain that they can persuade the 27-year-old to join them rather than the French champions.

Reports coming out of Italy are saying that the Rossoneri have set their sights on Santon, who started his playing career with Inter Milan before a surprise move to Newcastle in 2011.

The 22-year-old Italian has not featured much for the Magpies following a series of injuries and has only played ten times this season.

A move back to his homeland would also appeal to Santon as he tries to get back into the Italian national side before next summer’s World Cup in Brazil.