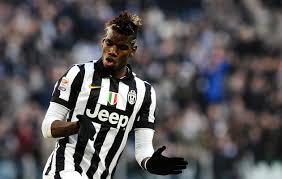 In what could prove to be bad news for Chelsea, Manchester City, Manchester United and his hometown side Paris Saint-Germain, Juventus midfield star Paul Pogba has according to L’Equipe decided that he will only move to Real Madrid or Barcelona.

This will come as a slap in the face to PSG who had hoped to lure the 22-year-old Frenchman back to Paris and were prepared to outbid any rival to make sure that it happened.

According to the French sports daily both La Liga sides have approached the Juventus star offering a five-year contract and deals worth 10€ million per-season, but there is a catch to go along with these deals, and that is that Pogba must forgo his image rights.

L’Equipe claim that the Frenchman’s agent Mino Raiola is working on a suitable solution to the problem, and should he decide to join Barca any deal would need to be structured around a complicated loan, as the Catalan giants are banned from making any transfers until next January.