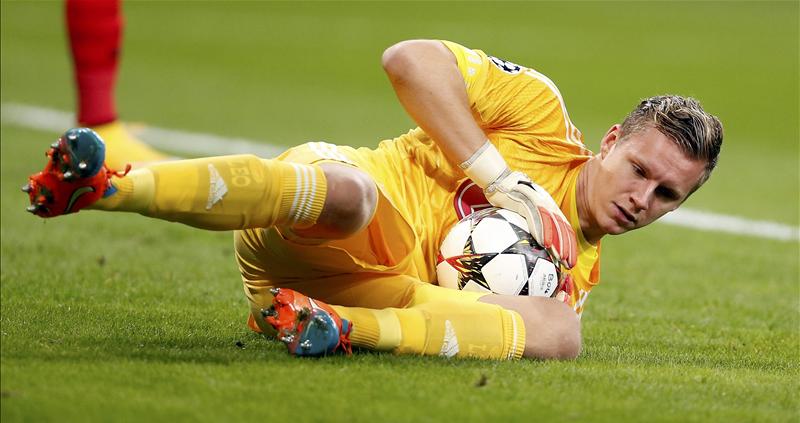 Bayer Leverkusen shot-stopper Bernd Leno is being scouted by Arsenal, and could be added to the team this summer for around £13 million according to the Mail.

The 23-year-old is considered to be the next German No.1 and has plenty of experience first playing in the Champions League when he was just 19-years-old.

While Gunners boss Wenger is keen to point out current No.1 David Ospina’s statistics it was clear for all to see in the loss to Swansea that he is not the future of the club, but is great to have as a No.2 on the bench.

£13 million is not a lot to pay for a keeper of Leno’s stature, which might also temp Liverpool into trying to sign him.

This summer is particularly difficult when it comes to goalkeepers with all clubs waiting to see what happens with Manchester United’s David De Gea, who once he makes up his decision to stay at Old Trafford or move to Madrid we will then see the dominos fall.

At the moment though Arsene Wenger really wants to sign Petr Cech from Chelsea, and has suggested the 32-year-old pushes for a move to the Emirates.

We doubt very much that Mourinho will allow that to happen so look for the big German to be signed soon.

You can watch Leno in action in the video below.