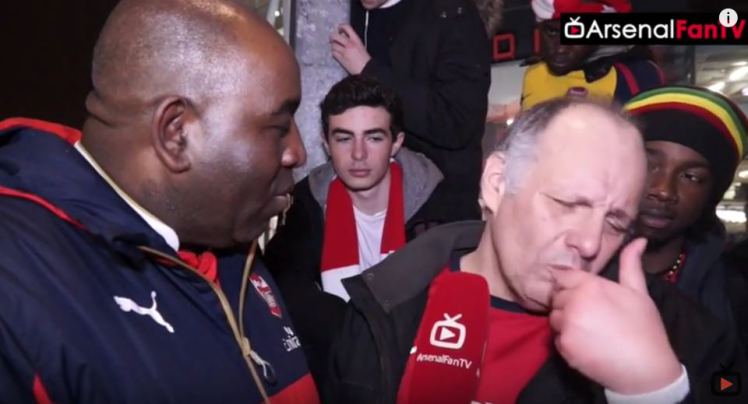 Fans of Arsenal Fan TV will all be familiar with Super Gooner Claude, and will be well aware of his ravings as regards Gunners boss Arsene Wenger.

Following the 0-1 loss at the Emirates to Chelsea yesterday Claude claimed that the Gunners title bid was now officially over and that long-serving manager Arsene Wenger should finally face the sack.

With Arsenal just three points off the top of the table it seems rather pre-mature to throw the towel in just yet, but Claude being Claude has made his mind up.

Have a look at the video below and see if you can find any sense in the Arsenal fans argument.