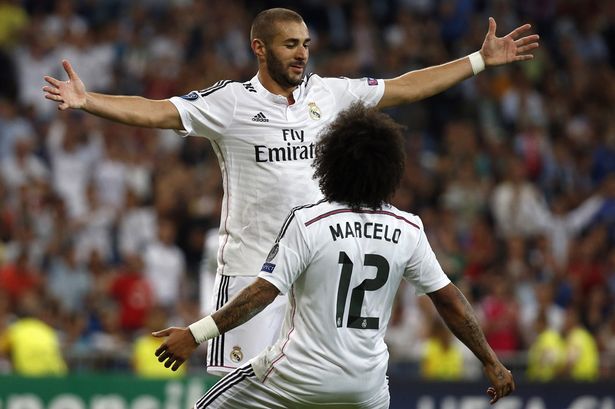 In what seems like a bold out of the Blue Manchester United is now planning to go after Real Madrid striker Karim Benzema after having learned that the 27-year-old French international could be available at the end of the season for £40 million.

This latest news is sure to piss off Arsenal boss Arsene Wenger who had already complained that he may be forced to pay too much for players due to Manchester United’s interest in the same players he had earmarked to move to the Emirates.

Wenger is correct to worry especially in the case of any Real Madrid players knowing that Los Blanco’s are keen to get their hands on United goalkeeper David De Gea; it would now appear as if the Red Devils hold all the cards going into the negotiations.

Italian trainer Carlo Ancelotti was fired by the Spanish giants yesterday following a season in which the club won no silverware, and with Rafa Benitez being lined up to take over at the Santiago Bernabeu it is anyone guess as to which players the Spaniard will move on to make room for his preferred signings.