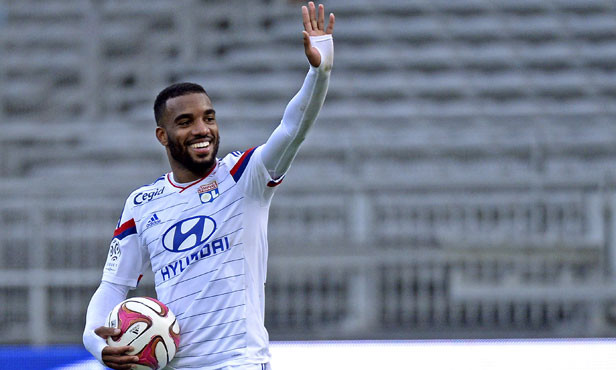 French Ligue 1 Player-of-the-Year Alexandre Lacazette has let it be known that he is unsure as to whether or not he will still be at Lyon or not.

The 23-year-old Lyon striker has been in sensational form this season scoring a massive 27goals in just 33 league games attracting the attention of the Premierships top clubs.

He also has several of Europe’s big clubs watching as well, leading to speculation that he will be the target of a big money bid that could see him leave the Stade de Gerland for around £25 million according to L’Equipe, and when asked if he would still be at Lyon next season Lacazette replied : ‘I don’t know.’